As one of the warmest years on record, global citizens are encouraged to make some necessary changes to curb climate change 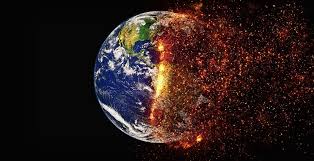 The world has been getting undeniably warmer. The numbers show it all. The global temperature average for the first ten months of 2018 was 0.98 degrees Celsius warmer than the averages from 1850-1900. 2018 is on track to be the fourth warmest year ever recorded, and scientists from are saying that the global average temperature rise needs to be kept below 1.5 degrees Celsius. The 20 warmest years have been reported in the past 22 years with each year in between 2015 and 2018 making it into the top four. Researchers and scientists from the Intergovernmental Panel on Climate Change (IPCC) say that if the trends we are seeing now continue any further into the future, we can expect to see inclines in temperature up to five degrees Celsius by 2100.

The slight uptick in temperature may not seem like a big deal when you look at it by the degree count, but it can cause sea levels to rise, ocean temperature and acidity to increase, and decrease our ability to grow certain crops. Climate change targets have been set by organizations like the IPCC, but we are not on track to meet them. The “safe” limit on climate change, set by scientists in the field, was originally thought to be 2 degrees Celsius, but they have since shifted that view to make our target 1.5.

Specific areas are in more danger when it comes to climate change than others. The IPCC stated that urban places are under a particularly more intense threat because of their industrial atmosphere and immense amounts of people they house. An astounding 95% of the cities facing extreme climate changes are in Asia and Africa. The Arctic Sea is also at risk for detrimental climate change effects. The extent of the Arctic Sea has dropped in recent years, hitting its lowest point since 2012. Melting rates have been accelerating since the early 2000’s. Unless emissions are reduced, the sea will be ice-free in the summers by 2050. The biggest emitters of greenhouse gasses that heavily impact the climate are China and the US. Combined, the two countries account for about 40% of the global pollution total. China covers 26.6%, the US 13.1%, and India 7.1%. Mexico, Indonesia, Canada, and Iran all emit under 2%.

In order to prevent severe damage to the climate while foreign governments drag their feet to evoke change, individuals can also do their part. Some helpful tactics suggested by the IPCC are as follows: buy less meat, milk, cheese, and butter, eat locally sourced food, throw less food away, drive electric cars or try to walk or bike short distances, take trains and buses instead of planes if possible, utilize video conferencing instead of taking business trips, and insulate your homes. Modifying your diet to eat less meat may be the most effective tactic. Because the meat industry emits so much carbon into the atmosphere, reducing the amount of meat you eat can help reduce the industrial emissions.