Get all of the playoff information as America gears up for its favorite past time: the Superbowl! 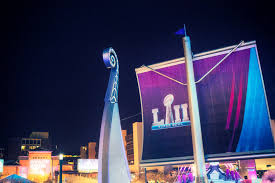 Everyday leading up to February 3rd will be an anxiety filled, teeth wrenching experience for NFL fans. With only eight teams left in the playoffs, each team is fighting for a spot in Super Bowl LIII, which will decide the champions for the 2018 season. The 53rd SuperBowl will be played in Atlanta, Georgia at the Mercedes- Benz Stadium; it was recently announced that Travis Scott along with Maroon 5 are slated to appear as the halftime entertainment. This coming weekend will narrow down the teams to just four in the Divisional round of the playoffs. On Saturday, the Indianapolis Colts will play the Kansas City Chiefs, and the Dallas Cowboys will play the Los Angeles Rams. On Sunday, the New England Patriots will play the Los Angeles Charger and the New Orleans Saints will play the defending Super Bowl champions, the Philadelphia Eagles.

The favorites for this Super Bowl are the Dallas Cowboys, with its  considerably large fan base, along with the defending Champions, the Philadelphia Eagles. The following weekend will determine the teams playing in Super Bowl LIII.

The weekend before the Super Bowl will be the Pro Bowl, which is an all-star game for the top players who exhibited outstanding talent in the 2018 season. The Pro Bowl is a match up of players in the AFC (American Football Conference) and those in the NFC (National Football Conference). Rookies such as Saquon Barkley, the running back for the New York Giants, and the Cleveland Browns cornerback Denzel Ward, will make an appearance at the Pro Bowl.