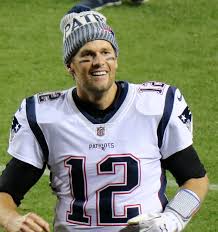 He decided to sign for free agency and ended up signing with the Buccaneers. The Patriots refused to extend and give him a long-term deal he wanted. On a Tuesday morning he announced his journey with the Patriots had come to an end and he had to further move on with another team. Tom Brady also wrote “I don’t know what my football future holds but it is time for me to open a new stage for my life and career.” Some sources even say Tom Brady’s decision is the “biggest domino to fall in an offseason.” Tom Brady’s choice will make an impact on the patriots and the NFL as a whole. It will no longer be safe to say that the New England Patriots could be AFC Champions with Tom Brady as quarterback. The Patriots’ head coach, Bill Belichick will have to reshape without one of his star players and one of the best quarterbacks in the NFL’s history.