What the cancellation of “The Breakfast Club” means for Shore Players 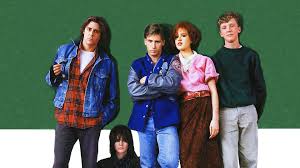 When Governor Murphy signed the Executive Order earlier this month, Shore Players’ staged reading of The Breakfast Club was forced to be postponed, due to only 10 people allowed in inside gatherings due to COVID-19. The show’s postponement has come with heartbreak for the actors and actresses in the show, who have been working hard virtually and in-person. The show was scheduled to run from December 3rd to December 6th. Shore Players were beginning “tech week”, the week where costumes and lights are added to the run-through of the show, when they found out that the production was postponed.

“I’m very upset,” says Jolie Harkavy, a junior who plays Allison Reynolds in the production. “I love doing shows and theater is a passion of mine, and I’ve never had a speaking role like this before. If things get better, hopefully we will be able to do something in the spring.”

Michael Yacullo, a senior who plays the role of John Bender, sees hope. “It seems better to just wait until the spring. I wish we did it now though. Hopefully we will get back to practice after the winter and the surge of COVID-19 goes down in New Jersey.

Luckily, Todd Aikens, the director of the production, reassures the cast. “It’s just a postponement, unlike “Beauty and the Beast. That’s why I picked a staged reading because I knew we could mount it again anytime anywhere.” He hopes to see some light at the end of the tunnel, “Once restrictions open up The Breakfast Club will be back. If they don’t we will definitely do a reading outside. We are also hoping to get more people involved than our original reading.” When asked if something else would be possible in the later spring, Aikens is optimistic. “I am still hopeful we get a spring show of some sort. I don’t want to say too much and get everybody’s hopes up but as long as there is sports, Shore Players will have something going on. However, we have to play the waiting game.”

So, as of right now, The Breakfast Club is postponed, but coming back in the future is not out of the question at all. Future updates to follow!