Joe Biden is inaugurated as the nations 46th President 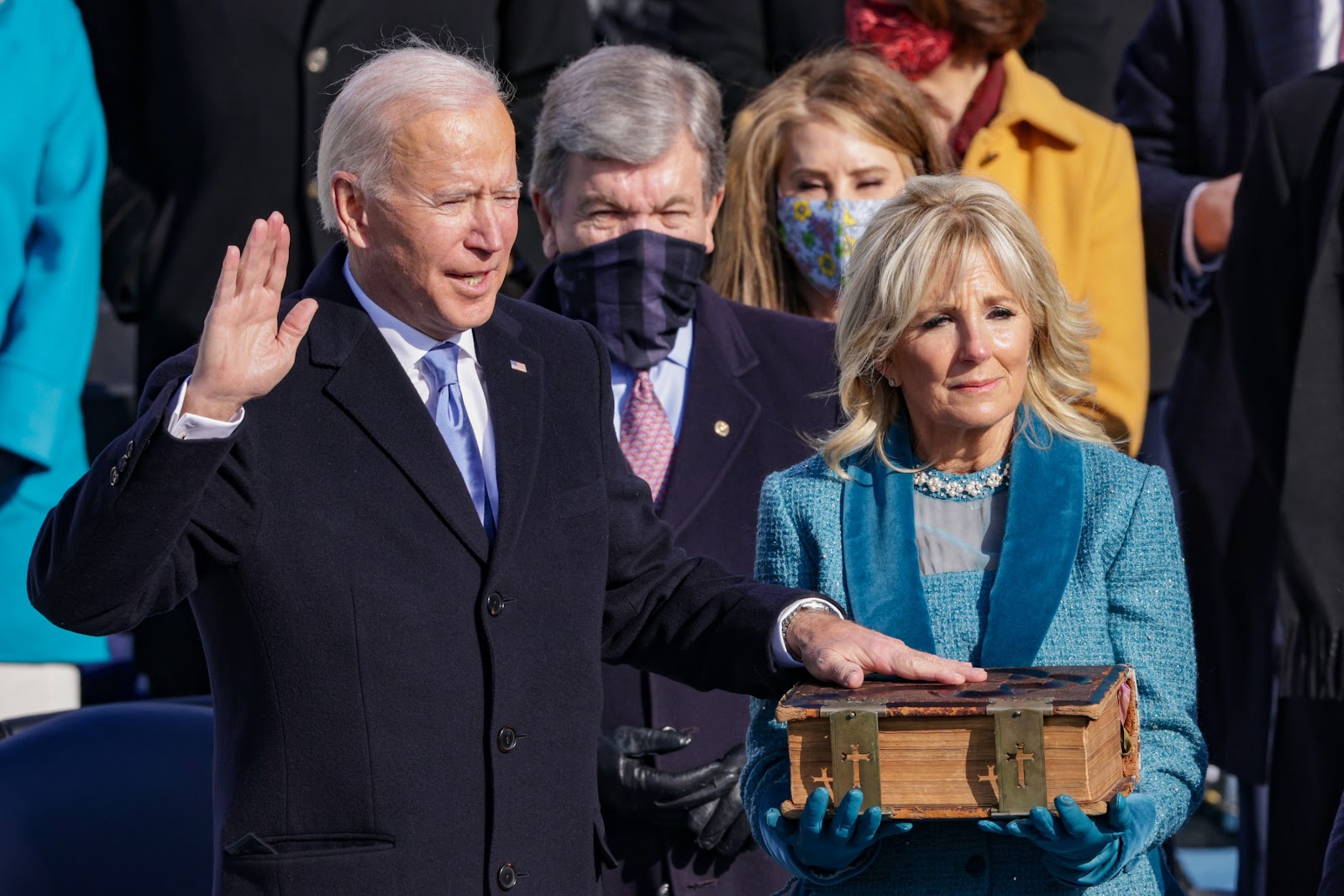 Biden’s inaugural ceremony featured many recognizable figures. Members of Congress and the Supreme Court showed up to support Biden during his ceremony. Past presidents Bill Clinton, George W. Bush, and Barack Obama all attended the ceremony accompanied by their wives. Each of the former presidents shared their best wishes for Biden in his up and coming years in office, Clinton remarking, “I’m glad you’re there. And I wish you well.” Each of the presidents spoke of  how important a peaceful transfer of power is for the United States to return to normalcy. Even Bush stated, “Mr. President, I am pulling for your success,” setting an example of how to put party politics aside and join together for the greater good of the country. Former Vice President Pence made an appearance as well. While it seemed that everyone was seen at the inauguration, two major things were missing: Trump and the crowd. Trump left the White House at 8:20 am the day of Biden’s inauguration. He boarded Marine One refusing to speak to the press only stating, “I just want to say good-bye” at a departure ceremony before heading to Florida. Not only was Trump missing from the ceremony, but so was the crowd. Due to Covid safety procedures, people weren’t allowed to attend the inauguration. In their place were 191,500 American flags set up in 56 columns to represent the American people and the 50 U.S. States and Territories. 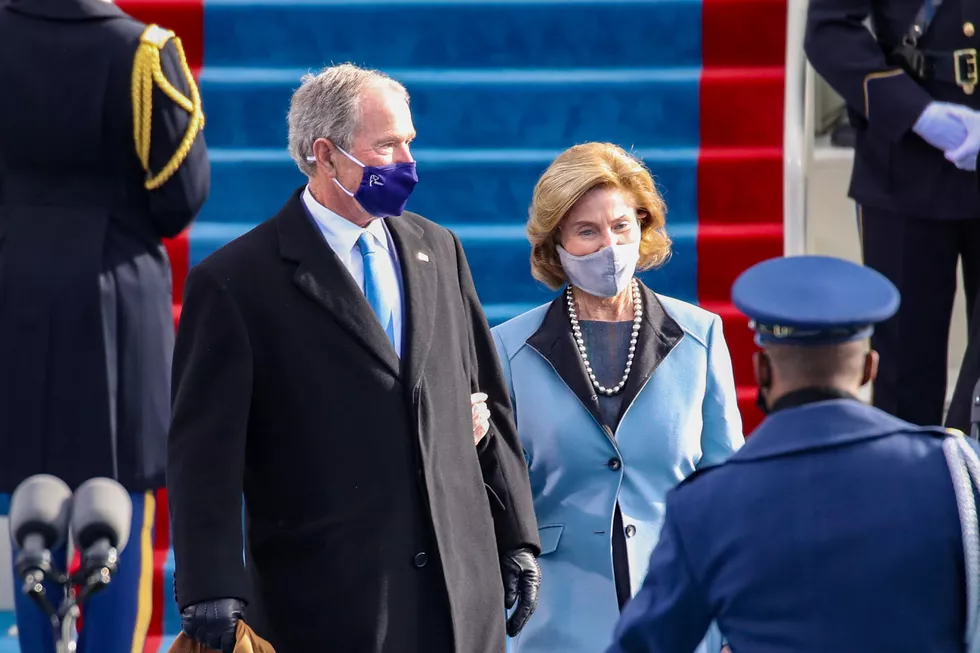 This inauguration ceremony was full of fashion statements. The coat dress seemed to be a favorite among many of the ladies of the ceremony including Kamala Harris and Jill Biden. Purple was another commonality among figures like Hilary Clinton, Kamala Harris, and Michelle Obama. The reason for wearing purple was said to be to represent the mix between Republican and Democrat or red and blue and was used as an homage to suffragettes, as this was their favored color in addition to white. The purple ensemble has a special meaning to Harris. Her Inauguration Day outfit was designed by a black designer, Christopher John Rogers and the violet color was used as a nod to Shirley Chisholm, the first black woman to run for president in 1972. Other things that stood out fashion wise was Lady Gaga. She was invited to sing the national anthem for the ceremony and stole the show in a huge dark navy and red gown which featured a golden dove to symbolize peace. However, the true fashion icon of the ceremony was Senator Bernie Sanders whose inaugural get-up has stormed the internet. Sanders wore his casual green winter jacket accompanied by mittens. These mittens made by a Vermont school teacher out of recycled materials are what make his outfit unforgettable. Sanders in a matter of days has been subjected to countless memes. These memes picture Sanders wearing his mittens with his arms crossed in different locations and the picture is even being sold on T-shirts. 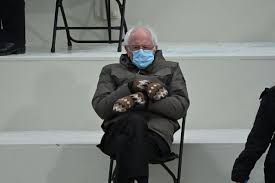 The Address to the Nation and Poems

Biden addressed the nation in his inaugural address with the overall message of peace and unity. Biden emphasized the need for the United States to put aside our petty differences and come together to get through these hard times. Biden brought up issues of the past like the Great Depression and World War I in his speech to highlight how Americans were able to overcome their challenges and come out stronger, a strategy that can be seen in many past presidents addresses to the nation. However, Biden did do something new in his speech, he referenced a song. Biden references the song “American Anthem” staging a verse from the song with the overall message of having a legacy to be proud of that will advance the nation. Biden most likely did this to appeal to the younger generations who would relate better to a song rather than the Constitution. Biden’s speech was not the only statement that spoke of unity. The Youth Poet Laureate, Amada Gorman recited her poem, “The Hill We Climb” at Biden’s inauguration. She spoke of the importance of unity and putting our differences aside stating, “We seek harm to none and harmony for all.” Gorman also spoke on our challenges and how we will overcome them as well as how the country should not be perfect, but it should have purpose. 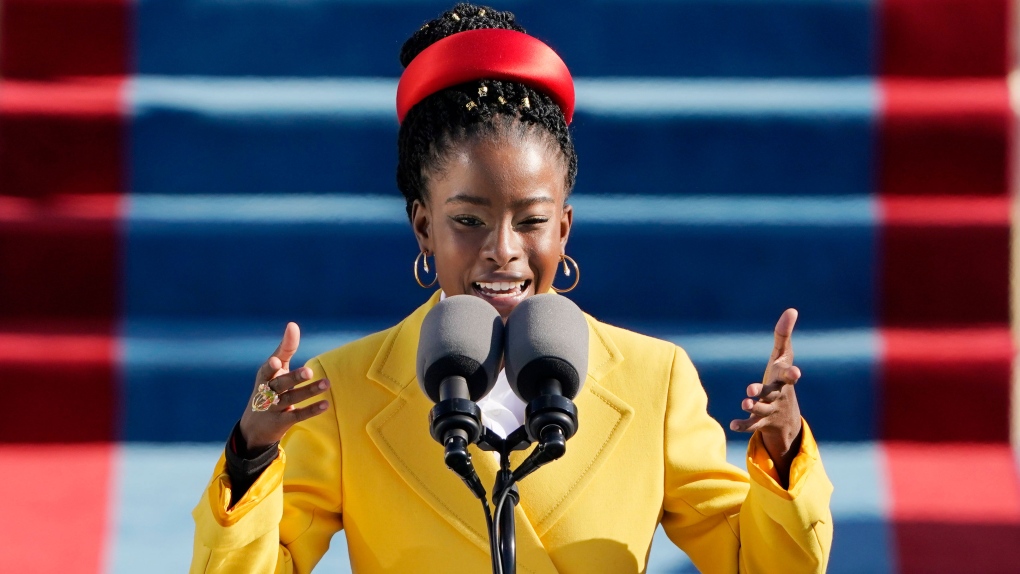 A Night of Celebration

GraecAfter the formalities were finished President Biden and Vice President Harris walked down Pennsylvania Avenue with their families at their side to enter the White House for the first time as President and Vice President. A historic day was followed by a night of celebration. The virtual Inauguration Concert featured music, famous actors, and important messages from everyday heroes from around the United States. Tom Hanks hosted the event and introduced singers like Bruce Springsteen, Jon Bon Jovi, Katy Perry, Foo Fighters and many more who sang songs of unity, new beginnings, encouragement, and peace for the United States. The event also featured people in the community who have made a difference. Anthony Gaskin, a UPS delivery driver from Powhatan County, Virginia got the honor to introduce Jon Bon Jovi during the concert. He also spread the message of the importance of essential workers during these hard times and his appearance was one way President Biden showed his appreciation. The night ended with a spectacular firework display that dazzled Biden, Harris, their families, and everyone watching at home.